Now this story is about my unexpected meeting with my former Crush, YES YOU HEARD IT RIGHT MY FORMER CRUSH,who it seems had a crush on me as well, which I did not know about. Her name is SHWETA and currently,she is a student of Mechanical engineering at PEC(Punjab Engineering College).I would like to give you an idea about how I met her for the  first time. Now,this might be a surprise for many of my close friends as well that I met her at guitar classes because nobody have seen me with a guitar in my hand for four years.It was because of her that my interest grew in guitar and I left my guitar desonated in my room.As a child I always wanted to learn guitar and I started to have some classes near my house at a music institute.

Now,this institute had students learning all kinds of instruments-Harmonium,Tabla,Sitar etc. She was learning harmonium and taking some vocal classes as well. I was the only one who was taking guitar classes. I remember seeing her for the first time. I was on the sofa with my guitar,the pain that the wires used to induct on my fingers had diminished my interest in guitar.When I was there on the sofa practicing a new song,I heard a voice,a voice which was full of sweetness being childlike and showing maturity of the person at the same time.I tried to sneak through the keyhole of the gate of the room from where the voice was coming only to find my teacher there and so I asked him a DOUBT WHICH I NEVER HAD “SIR,DHAA KOMAL KHA AATA HAI” . And so he started to teach me again,but who was listening to him,with that NAMAK KUM SHAKKAR ZYADA voice still resounding in my head. I went outside the room to my sofa afer having a look at the girl whose voice had set my pulse racing.

I spent an extra half an hour that day so that I could see her leave and so get outside of the class with her only. But, just as was I leaving, my teacher called my name and asked “Do you want to keep learning? If you want to then do bring next month’s fee tomorrow. ” Now I would have said no otherwise but I wanted to know more about Shweta. So I said “Okay I want to continue,will bring the fee tomorrow.  “Then I rushed outside to see whether she was still there or not. She was about to leave,and it was then that I noticed that her body WAS LIKE A CONCAVE LENS. “Such a beautiful voice and such a beutiful face and ….wow!!”.

I BET IF YOU HAD WATCHED ONLY ROMANTIC BOLLYWOOD MOVIES SINCE CHILDHOOD AND COULD NOT BELIEVE THE INSTANT WHEN THE MALE LEAD SEES THE FEMALE LEAD FOR THE FIRST TIME AND SUDDENLY WINDS START TO BLOW,THEN YOU SHOULD HAVE BEEN THERE AS THAT IS EXACLY WHAT HAPPENED. 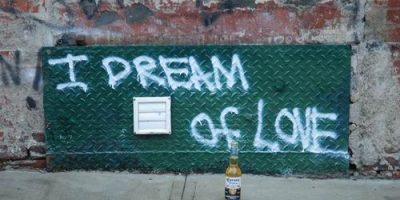