In the last four years,my life had moved on. I had cleared IIT JEE ,became thinner and my personality improved and I became a better poet as well. All this happened, after I cleared IIT JEE, and started talking to Rekha, my present crush. She was the first girl in my life after Shweta and I liked her a lot.She was not as beautiful as Shweta was but was more bubbly and more chirpy , exactly the kind of girl I wanted.

Everything was going well until the festival of Lohri, 2011. Not that I fell off the terrace or slipped in the bathroom.It was just that I had gone with my friend to Pathankot to meet my Aunty there and celebrate Lohri with her family. Me and my friends were coming back to Ropar. My friend  DE BOARDED the train at Pataila only. And I was now on myself to get to Ropar. As the train started to move I heard a somewhat familiar voice

“HEY TEDDY, HOW ARE YOU? NEVER HEARD FROM YOU THESE FOUR YEARS.”

I looked up and shocked. It was Shweta’s elder sister.

“You have not changed, Teddy”

“Are you going back to Delhi” she asked.

“No to Ropar, I study at IIT Ropar. By the way please have a seat ” I answered with my hand pointing to the seat left vacant by my friend’s exit.

“Great an IIT,wow. I always knew you had it in you. By the way its very nice”

“Thanks, how is Shweta by the way?”

“She is fine, doing great in fact. She is doing Mechanical engineering from PEC.”

“Oh PEC, I went to PECFEST last November. Nice place I must admit.”

“So did you meet her”

“See, when I was learning guitar she suddenly left with no contact details, so unfortunately I have not talked to her for the last four years.”

“That’s a bit shocking for me I must say. I THOUGHT YOU WERE DEEPLY IN LOVE WITH HER. But have you searched her on Facebook?”

“I thought you were made for each other. You had love for her in your eyes and she would not stop talking about you once we would be on bed.”

“She contacted you on your cell number, but it was switched off and get one thing in your mind it’s the boy who should take the first step.”

“And why should that be?” I quizzed.

“Because, girls are meant to be graceful. They are not meant to be the one taking big steps.”

“Goodness gracious me, WHO THE HELL IN THIS WORLD HAS TAUGHT YOU THINGS LIKE THAT. OUR CONSTITUTION DOES NOT ALLOWS THAT.IT CLEARLY STATES THAT ALL GIRLS AND BOYS ARE EQAUL.HAVE SOME RESPECT FOR IT PLEASE.” I said in the most telling way I could think of to express my frustration. Seeing the growing anger in her eyes after listening to this, i quickly added “By the way what are you up to now-a-days?”

“I am doing mechanical engineering from Thapar” she replied as the things were back to normal.

“Waise why don’t you send you a friend request to her on facebook, I will just get my lappy.”

And so I was given contact details of Shweta and was made to send a request to her on facebook.

I left the train at Ropar and when I came out of the train I was just thinking what I had done. When I reached the hostel I was so confused, MY PAST LOVE CARED ABOUT ME AND MY PRESENT ONE DID NOT EVEN THOUGHT ABOUT ME IN THAT SENSE. WHOM TO CHOOSE – THE MORE BEAUTIFUL ONE OR THE ONE PERFECT IN OTHER WAYS?

To read the first part of the story go to: https://somyanshu.com/?p=116

To read the second part of the story go to: https://somyanshu.com/?p=124

To read the third part of the story go to: https://somyanshu.com/?p=132 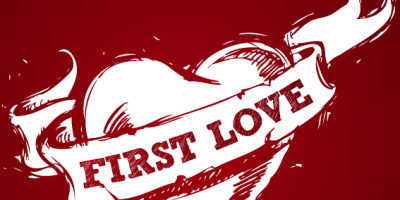 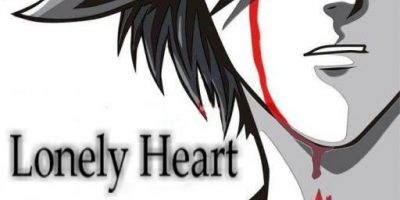