Home
True Stories
True Story part 7: WHEN IT IS YOU VERSUS YOU

DISCLAIMER: THE FOLLOWING STORY IS A WORK OF FICTION. IT HAS BEEN GIVEN THE NAME TRUE STORY BECAUSE SOME CHARACTERS ARE BEING BASED ON SOME OF THE PEOPLE I KNOW.

Hari my dear friend is for some reason unknown to even him is still seeing his school crush Shweta ubiquitously and still loves her in a clandestine way. Of course he is always willing to make his love conspicuous and perspicuous by abusing my website. So, again I have been bribed although I have got a bigger pack of LAYS and a better collection of songs from him as a price. So, let us begin this story YOU VERSUS YOU.

The last time I met Shweta I saw her with another guy which to my surprise and pleasure did not turn out to be his boyfriend. Of course then I was entitled to another try at her.  And on her elder sister’s birthday I gave a call and met her at a fancy mall full of ambience away from our houses. But I did realise that I would need to start all over again. The chit chat started with some platitudinous statements and then she told me that she was looking for a mechanical engineer to help her with the heat and thermodynamics part of a new chip she was working on with her professor and of course being from Indian Institute of Ropar I was her obvious choice.

At that very moment I entered into a nirvana, a utopia earlier unknown to me. While leaving for home for some reason known only to her, she gave a peck on my cheek and I imploded into happiness. What a day, I whispered to myself and rushed home. This was the best gift I could have got on returning to Delhi after rusticating in Ropar for four months. But as you know my life’s path has always been tortuous. As I was about to reach home I got a call from my friend Nitin Kalra from college. He broke the news to me that I had to report at Ropar in about a week’s time to do a dissertation on a project I did in the last semester. This punctured my palpitating heart and the euphoria was more or less over. I told Nitin the whole situation and he said that the dissertation was more important but if I could find a way to get a medical certificate from any of the reputed hospitals that are covered in the health insurance provided to me by my college then may be that would get me out from such a precarious situation.

I sat on a chair trying to think hard about it. On one side was the option of spending a lot of time with the girl I liked through a kind of project one would always find more interesting than a dissertation and on the other side was completing something that might prove more useful to my career.  Choosing something meant losing other. I was in a conundrum I never wished I would never have to answer. I decided to take the advice from my friends. Everyone told me the different things with different reasons but surprisingly all of them believed in the mantra “LET’S DRINK THEN THINK”. Bullshit I said and decided to ask my JEE tutor who is like an elder brother to me. He as expected told me to go for the dissertation. And so did my family members. But nobody really understood my predicament. If I paid heed to my heart my mind would utter invectives and if the mind won my heart would never let me live peacefully. It was one part of me pitted against the other. It was HARI VERSUS HARI AND IT WAS ME WHO WAS TO LOSE SOMETHING TO GAIN SOMETHING.

I contacted my faculty at Ropar and asked him for an extension which was denied. In the first three days I had asked everyone I knew and that includes the vegetable seller that I purchase vegetables from. Everyone had his own opinion and confused me even more. The future aspects of the project with Shweta were not bad as well. It was something I wanted to do for a long time but it won’t do much good to my Resume but it would enrich me with some practical knowledge I was not endowed with. It was in some sense doing what I liked and doing what I should like for the sake of a better resume and so a better salary. I became insomniac for about three days and reluctantly booked my railway tickets and left for Ropar that Sunday. But I could not find the courage to call Shweta and tell her that I won’t be helping her with her project.  When I reached Ropar I met my instructor. He was newly inducted into the staff. When I read his resume later that day I was astounded. The guy was a scholar to say the least. He had done major products everywhere in the country. I asked him the next day what he was doing than I an institute instructing me on a banal subject. His reply was pretty simple. This was something he had always wanted to do. He called it his personal calling. He was tired of doing projects around the country for the sake of more money, a better career and earning a great salary from the big companies. He now wanted to serve the country by grooming young engineers. His mantra was simple: LIKE WHAT YOU DO OR DO WHAT YOU LIKE. Till now he had liked what he was doing now he wanted to do the other thing.

He asked what would be my choice if I was to choose among projects on every major field of mechanical engineering. I replied with thermodynamics of Nano particles. Then he asked me why I was not doing one. So, I told him the whole episode. He put a hand on my shoulder and said” I am ready to give you a month and a half’s break. Just make sure you come back after that and complete that project. Don’t miss it. Your resume would be nice only if you sometimes listen to your heart as well. Call me if you have any problem.”

So, being a bit more than surprised I left for Delhi to do something I always wanted to do, spending time with Shweta OFFICIALLY. Yes, I liked the viability of the project for now it was not something on my mind as I walked down the alley that night. 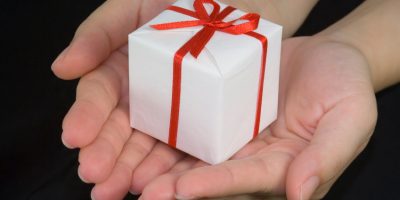 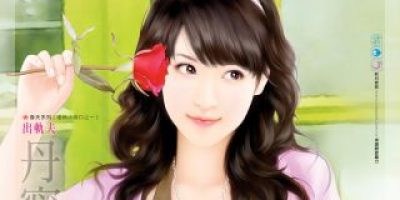