DISCLAIMER:  THIS STORY IS IN REALITY A WORK OF FICTION. IF ANY SEMBELANCE OR RESEMBLANCE BE FOUND WITH ANYONE THEN IT IS PURELY A COINCIDENT.

I was sitting in the balcony of my room when I heard my phone ringing.  After searching for it for the next 10 seconds I finally found it under my bed. But something was strange; something was unusual and to some extent I had thought this day won’t come. It said MISSED CALL FROM SHWETA. It hit me because never in the last 10 months when I had told her about all the things I feel about her. My phone had shown me this. But I had to leave in the next five minutes for my machine design class and had now time to contemplate on this thing. Of course I ambled to my lecture hall instead of loitering as I usually do. Something special was going to happen that day; may be something that I had dreamt of.

It was 10 into the night, when I rang her up. That sonorous voice made all my tiredness go away. Her euphonious voice was an elixir to all my problems. But today, standing there in the cricket field among rustling leaves I wanted to know something else. Was that call a sign of better things to come between me and her?

“Hi” I said.
“Hi, Hari” she replied gleefully.
“So, why did you call me in the morning?” I queried with a ray of hope in my heart.
“It was not me, it was my brother. Actually, I have bought a touch screen phone, so it was all by mistake. Sorry, for that.”
“ By mistake?”
“Yeah, it was on the table and he threw his notebook on the table and the rest you should be able to figure out you are a good engineer.”
“Okay” I said with the expected miasma.
“So, did anything interesting happen today?”
“No, nothing…. nothing new in the lexicon and I guess it would be the same for you as well.”
“Yeah, I don’t know why when we were in the school we always dreamt of going to college. We thought we would have fun but this is turning out to be worse  than school life.”
“Shweta, I was thinking where this all is going?” I said with so much hesitancy that I nearly stammered.
“Excuse me?”
“See, you are smart enough to know why I keep calling you and now I am tired of doing this. I am tired of ..”
“Sorry, I am not getting you. I really can’t figure out where is this going.” she interrupted me.
May be the concept of feminism that says women have got a smaller brain than men is right in some cases. “I am saying that I am getting tired of trying to be what I am not, I am tired of trying to impress you by studying hard, by going to the gym to workout, by trying my hands at everything that has come up. Are you there?”
“I think you are feeling too somnolent. You should go and take some rest. You must be filling giddy after day’s work. And why would you want to impress me?”
“ You are mad. I don’t know why did I like you, but the fact is that I do. Don’t you have the eyes to see what I have become just in order to be liked you. And then I get a call from you and you say it was all by mistake.” I nearly shouted at the top of my voice.
“You are mad. Library is the place for you. You don’t know how to talk to people and you will never be anything more than a bookworm”
“Shut up. You don’t know who I am. I am a RESERVE OF INFINITE POTENTIAL.”
“Oh shut up and stop giving me this crap that one finds in self improvement books. If you were such a reserve tell me why two years of hard work did not get you where you wanted to be? Why were you in a precarious situation when your results came out? And why the hell all your serenading has not been able to do the trick? You are nothing but a preposterous writer, a mental retard mad after a girl. You will never be better than a bookworm. Never ever call me again. Don’t irritate me anymore or I will make your life worse than you have made mine.”
“ What..what are you saying? I am your best friend. W..what are you saying Shweta? Please don’t do  this to me Shweta. I won’t be able to live without you. I won’t…” JUST AS I WAS SAYING THIS SHE DISCONNECTED. When I called her again she did not pick up.

A day that started on a propitious note had turned out to be despondent. It was as if I had lost my MOJO  to being happy. THE ONLY THING THAT WAS IN MY MIND WAS NOW WHAT. WILL I HAVE MY OWN  SPIDER WEB MOMENT OR ALL THAT STORY TEACHES US IS A CRUEL JOKE. I kept looking for the spider, I kept looking for the web but to no avail. I tried Robin Sharma, Napoleon Hill, Shiv Khera and many more but to no avail. Then as I was about to sleep one night I found my IIIT ROPAR t-shirt lying on the table. I looked at its insignia. I remembered the fun days when it was just me and my desire to be in an IIT. That insignia was undoubtedly something I cherished the most. It was something that signified my life’s two years. It was at that moment that I realised that how wrong I have been in trying to do everything for her. My happiness should have lied in my journey and not in the end result. And I guess I had a good time with her and what if the result was more than a bit sour.  If she did not want me I had helluva things to look forward to. No more cribbing after her I thought. She was nothing more than a part of this ephemeral life. When they say IN THE END IT DOES NOT EVEN MATTER…I guess they are more than right. 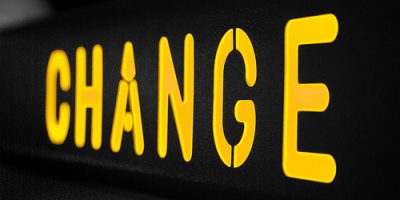 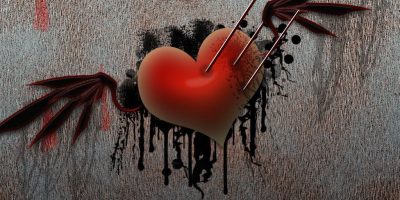