Home
Uncategorized
THE WILL

“Sir, is this really what you have decided?” asked the counsellor.
“Yes, what’s there to talk about it? It is clearly written that who would get the patrimony” answered the famous banker, who had seen the lowest of lows in his life but had risen like a phoenix from them.
“But sir it says that the one, who cries the less on your death, inherits the inheritance. What sense does it make? Which son won’t cry when his father passes away?” asked the counsellor although somewhat slouching a bit knowing that he was going to be in for a long hour this time.
“Mr Sharma, don’t you get it. It has been my dream that nobody cries when I die. For me crying means you are weak, you can’t control your emotions and most of the times it means you are not happy with your life” fired the old man.
“I get that sir, but the one who cries the more may also mean that he loves you more. Won’t you like to give your money to the one who loves you more?”
“Sometimes talking to you feels like I am talking to a member of a hermetic society, a society whose rules say that believing in others’ sayings will be counted as an act of heresy. God knows how you became a lawyer?” said the old man with a familiar sense of regret on his face “See, Sharma, loving your teacher is a part of being a good student but the more important part in my view has to be learning from that teacher. Being a teacher I have always tried to teach them being happy no matter what happens. I have always taught them that in this sea of life I am not even a pebble. Throughout my life I have tried to be happy and spread happiness around me, what would I feel when I see them crying from the heavens?”
As if nothing will go against you on your judgement day.
“But sir, you do want to be a bit unhappy when see you dead. Don’t you?”
“ I am old, I have got many diseases. This carnal shell of my soul is too old to be in a good shape now. Many a times, I think when I will die it won’t come as too much of a surprise to anybody. I would want them to be rejoicing while singing bhajans of the almighty, when I am about to die so that I can try and remind myself of him while I take my last breath.”
“But sir if happiness is the real treasure, then why don’t give the funds to the one who does not have even that treasure. It can be a form of solace to him.”
“No, I also want the company to grow. I have got many philanthropist projects and trust going on. I want them to grow bigger and only the one who understands my message would be able to inject more funds into these. Even if somebody conspires against me to kill me, he would be foolish enough to give away with crocodile tears.”
“I really don’t understand you sir, you nourish your children right from the day you die and then say that don’t cry on my death. That is out of my understanding abilities.”
“You don’t really get it do you. My brother used to tell me that death is the biggest exam. When you are going to give an exam do you want your well-wishers to cry or do you want them to provide you with an atmosphere in which you would end up being successful. And I guess controlling the emotions is a good business man’s immanent quality. So, even if they both want to cry, the one who controls his emotion should get the patrimony.”
“And if both of them cries then what?”
“Then I have a trust give away the money to that. This money was earned with the help of the common folks and that it where it should end up in case none of my children are up to the mark.”

With that the nurse came to attend the old man and the lawyer left. After 2 years the great man died and five years from then the empire had become doubled in size and interestingly the younger son who had less qualification was chosen and at that time, the media called the old man’s way of choosing the successor a master stroke although the same media personnel had laughed and mocked him when the will was made public for the first time.

Vote for me now! 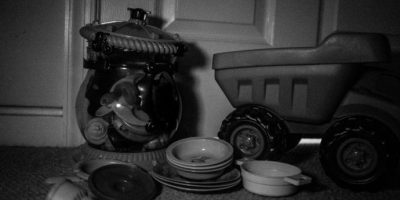