Yes, it is here…the biggest day of the year in test matches is here…yes the BOXING DAY is here and once again there is a marquee encounter waiting for us. Two teams who once used to perch at the top, one now nearly revamped one would have to start in a few or more months. One seems to almost think that their bowling is the way forward and for one it has always been batting and will remain for the foreseeable future and it will all unfold at the mother of all stages the MCG. For years India have used the large size of the crowds that turn out at the Eden Gardens to their advantage, now may be they will receive their own dose at this place.

For whatever one say this series might well just turn out to be India’s batting v/s Australia’s bowling. Australia’s bowling seems to be a great one in making. They have the fierce Banana swing of James Pattinson, the endurance of Peter Siddle and the now revamped and boosted by better use of the crease, Ben Hilfenhaus’s bowling. Also, up against Indians will be Nathan Lyon, who seems to have much going for him in the form of wickets and a supporting captain which Ponting supposedly could never have been for a spinner. It is legends of the game against the future of the game. It is going to be against the past and present of cricket v/s the future.

It might also come down to how Sehwag fares at the top of the order for he has destroyed the best of attacks and converting India’s bowlers into scavengers; feeding off whatever little remain of the opposition after their demolishment. But his biggest admirer and his Delhi Daredevil team mate, David Warner would be up against him. Warner has always said that Sehwag was one of the biggest factors in him trying hard for the baggy green. Now that he has it and he looks in ominous form (for the opposition) will he be able to make it against his mentor. His partner, Ed Cowan once said in his article that stats should not be the only criteria for choosing or dropping a batsman. Well it is his stats only that have brought him the baggy green. He has raked up enormous amount of runs after his mentor Peter Roebuck died, will he score even more? His counterpart Gautam Gambhir has struggled to say the least in the last year. With no century against his name can we expect him to contribute much here?

Everything aside, this series and not just match has to be cherished for it sees the most venerated of batsmen pitted against each other probably for the last time. Three of them hold their position in their side like never before, their hold stronger than ever. The other two are living by the edge. Yes, Mr. Cricket is once again going to try and prove that he can still be considered the greatest after Bradman like he was when he was naïve at the international scene. Yes, the man with the magic wrists will be there to show us his magic. Dravid has already left his mark with Bradman’s oration. He said like creaky transformers we are back. Will these transformers be able to relish their dream or the men from the other side will leave them gasping. Not to forget is the fact that Australia would be looking to make amends to their dismal display in the last two years in boxing day test matches. Last year it meant that they won’t win the Ashes and before that South Africa would win the test series in Australia for the first time ever. And yes what Indians are looking to do this time around has been done before but for them it still remains an elusive dream.

Last time there was a lot of aggression both off and on the field. This time around the captains have kept it cool and let us just expect that this series will be remembered not for all the argy bargy but for the real cricket played by real men and not whipping boys. Who is going to win it, being an Indian I want India to win, when I listen to my mind it says may be Australia and when the lover of cricket speaks up it says, JUST GIVE ME SOMETHING REAL. This is Somyanshu Arora signing off, happy new year and enjoy the test. 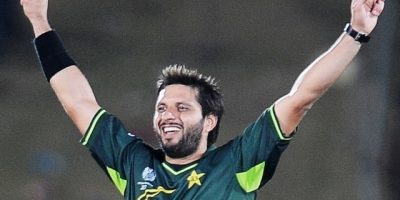