He sat there, our protagonist. The wind caressed those cheeks just like they had for years before that. He could see the end coming and the tempest of emotions it was bringing with it. So, he sat there, our protagonist, and heard the leaves of memories rustle. He remembered his mother, her lovely smile still imbibed in his. How lovely she was could not be put in mere words. He remembered the food she cooked and her sleepless eyes when she slept late and woke up early to make preparations for his school. He remembered his moist eyes when he left her to pursue engineering. He remembered the tacit bond they had. How good his karma would have been to have her mother in her life? That lovely divine lady that taught him to speak, walk and smile. His smile was essentially hers. His life essentially her gift.
But that was the past. He was an old man now. He felt sixty and looked sixty. He was about to die. Every inch of air that went inside his lungs told him so. It felt chilling. How he felt the presence of her dead wife beside her. He doubted whether he could have loved anyone more. Her hand still in his. She died fifteen years back. The wind reminded him of her past, their past. He had seen her in a valley and the vale of tears became heaven for him. He remembered the nights they spent beside the mantel, getting warmed by its heat and each other’s. He loved her no end, even when chemotherapy took those lovely hair away. The shine of her eyes were taken away, only for the love to be seen through. She could not survive. How it felt to him, our protagonist, never came out through his words. His silence leaving room for conjectures, the pain in his eyes quashing them. He needed her beside him. She was there beside him. The pain felt a little less due to her. The anguish dictated terms a little less due to her. In a couple of weeks he won’t be there. Doctors had given up and so, will his breaths. Two weeks that’s all he had left and he hoped just like the old times, she felt his warmth like he felt hers.
#rumblings_of_a_numb_mind 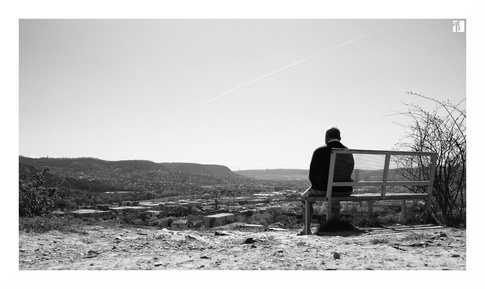 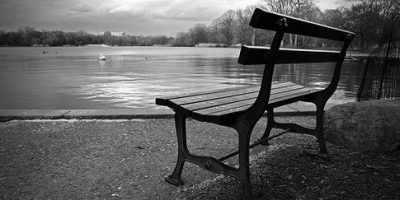 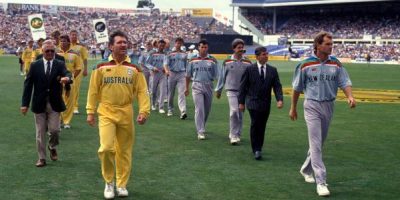