Home
Uncategorized
Laptop Pains: What made me decide to never use an Apple Product Again

Never thought I would be writing this but then I am left with no other option. Read on to find more.

SYNOPSIS:
Facing problems with my Mac for more than a month and no resolution seems to be in sight. Got it checked at two different service centers. Under their observation the Mac would work fine, when I will bring it back home it would not last more than one day. I am also disappointed the service provided by the Customer Care service. They took a long time to come up with the analysis, after they had promised to get back to me after a maximum of 48 hours. Plus no communication from them. Read the full details given below for more details. Also, here is the video of the problem that my Mac suffered from:

FULL DETAILS:
On 30th June 2016, my Mac (serial id: C02N15N9G085) did not start and after talking to the customer care support, I decided to take it to the service centre let us say in XYZ, New Delhi (Would not like to write the name in Public). They took a couple of days to mend the Mac and it seemed to work fine then and I took the Mac. I was told that there was a problem with the Logic Board of the Mac which had gone bad due to power voltages.

But suddenly in a day or two, the system started to reboot again and again. The Mac would work fine for some time and then suddenly start rebooting and would continuously reboot sometimes for 5 minutes, for 15 minutes or even up to half an hour.

Needless to say, this was a frustrating situation and hence, I took the Mac back to the service centre in XYZ, New Delhi. They had a look at it, ran some preliminary diagnostics test there (which showed nothing wrong). They told me that most probably, they will just reinstall the OS. So I decided to not submit the Mac and took it back with me to my place and reinstalled the Mac with instructions from the customer care support.

The system worked fine for a day and then the problem of rebooting returned. Frustrated, I called up Apple’s customer care support once again and was advised to take it to a service centre. This time around, I decided to take it to the service centre in ABC, New Delhi. There they took in the Mac and within a day or two, I got a message and call from them saying that the Mac is ready and I can take it with me. I told them to keep it under observation for a couple of days more and they agreed to do it (I will be honest, they did earn some brownie points here). Anyway, when I was bringing my Mac home, I was told by them that they had found nothing wrong in the diagnostics, and cleaned the Logic Board and reinstalled the OS. They also told me that under their observation the Mac did not reboot by itself. So, I brought the Mac back happily.

Alas! The very next day the Mac started to restart itself. In other words, the problem remained. So, I called up Apple Customer Care once again. Explained the whole scenario to them, I was then connected to a senior manager. He told me that they will take a dump image which will be analysed by their software team. According to that person,the issue was software related and hence, there was no need to take the Mac to the service centre as that is for Hardware related issues. So, I downloaded what they sent me and then sent them the dump image. I was told that they would get back to me in a maximum of 48 hours. That senior manager also told me that he was going to be on leave on Monday and Tuesday. He also gave me his personal extension number. This conversation took place on Sunday, 17th July.

So, on late Tuesday evening, when more than 48 hours had passed, I called up his extension but it was of course his voicemail (he was on a leave, so that was obvious). So, I decided to call the Customer Care Support and told them the whole story. I was once again reconnected to a senior manager/executive. He told me that I would definitely get a call in a couple of days. If not, he will definitely call me.He also gave me his extension number.

So on Thursday or Friday of that week (22nd or 23rd) I tried to call up the extension numbers of the aforementioned senior managers. I reached only their voice mails. So, I dropped in a message to contact me As Soon As Possible.

So, they never reverted . So, I once again called up the customer care support and explained the case to them. This was on Saturday, 23rd July. I was once again connected to a senior manager/executive. He told me that he read my notes and he understands what I was going through. He told me that they would require two days more and only then he would be able to answer me. Reason: Because the software team sits in Ireland and it is the weekend. When I asked him, why a commitment of 48 hours was made, he had no answer. I will be honest here and say that while talking to them the call disconnected because my mobile turned off (low battery). After I switched it back later on, I did have a message stating that I had two missed calls from what seemed like customer care number.

I never got to hear from them after that. So, I wrote an email to Mr. Tim Cook on 29th July (Yeah that was naive of me, just like writing it here might prove to be). As expected, I did not get a reply and had moved on from my Mac but today, on 6th August 2016, I thought I should make a call to the Apple Customer Care on 6th August. I had to because my father would ask me what is the status of the Mac and I would have no answer.

Once again, I was connected to a senior executive (which mind you takes a total of around 30 minutes, because you have to first get connected to a customer care executive and then a senior manager/executive. This time around I was told that they had tried to contact me on 23rd July. They had raised/escalated the problem to the guys on 23rd July itself and then tried to get back to me.

The solution that they got was that they would try to erase and install the OS in a separate partition. If the problem still persists, that means that this is a hardware issue. So in that case, I will need to take the Mac to a nearby service centre,who would find out which part is not working properly and take the required steps after my consent.The senior manager/executive also gave me her extension number. I was told that the previous senior executives never reverted back to me because maybe I did not give them my Case Id. So, she made it a point that whenever I call her up, I do mention my case id. Point noted. Rogered that.

I must admit I was really angry at the time I was told this. I never received a call/email regarding the solution, they tell me that they raised my problem on 23rd (when on 17th I was told that the whole thing would take only 48 hours). And here I was being told that there can still be a hardware issue (when I had it checked at two service centers, a senior manager/executive told me that there would not be a hardware issue) etc.

Anyway, the possibility of seeing my laptop working Okay once again, filled me with optimism. Bygones be bygones, I left for my home (where I have a stable Internet Connection) and when I reached I tried to start my Mac. Hold behold, it did not start. So, I called up customer care. He gave me all the instructions, that were given to me on 30th June. They did not yield anything, so I was advised to take the laptop to a service centre nearby.

I guess life goes on in circles. To say that I am disappointed right now, would be an understatement. To say that I am frustrated would be calling a shout by the name of a murmur. I have not just lost hope but seen its head pulverized, then seen the body packed in gunny bags, and then thrown off a cliff. That’s how I feel right now.

But here is the thing, I was told by a senior manager/executive, not to take the Mac to a service centre again (even though I had told the service centre guys that my Mac might start rebooting in a day or two after I take it away from them, because it happened in the case of the service centre in XYZ, New Delhi). It is me who has to go and wait for my turn at a service centre. It is me, who being a student, has to make long calls as and when my classes are not there (mind you I could have used that time to read something fruitful (and in hindsight, I should have, because those calls certainly did not make a difference)). It is me who has had to spend his money for what ultimately proved to be bad results. If my grades go down, would I be compensated for that? Would I be compensated for the time and effort that I spent on these things? And more importantly, would I be compensated for what I can call the thorough unprofessionalism?

The thing is that like any other person out there, my time is important to me.So, I would leave the pursuit of getting my Mac ready for use once again. Once and forever, simply, because I do not see it worthy enough of my effort. 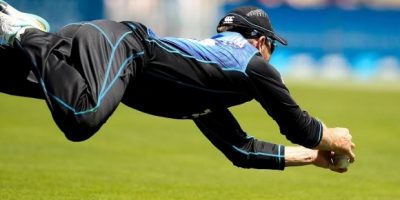 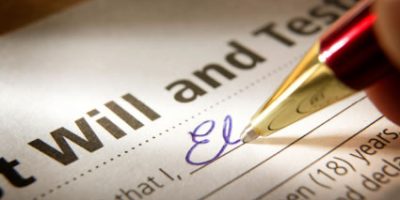