Disclaimer: The views in this article belong to the writer and do not represent the views of any organization that he is associated with.

What is life? Is it a collection of innumerable moments? Is it a journey on paths crisscrossed with happiness and sadness? Or is it a long and tenuous search for finding the answer to my first question? Whatever it is, one thing stands clear, that our memories of the past are always imperfect, always incomplete and (for the purpose of this article) always something worth romanticizing.

And so it was (likely) the “Summer of ’99” (sorry Bryan Adams), and a then 7-year old me was sitting in front of our Black and White TV when my elder brother asked my mother if she would like to watch the world cup. My innocent mother asked what that is. And my brother replied it is an event going on in the United Kingdom, where Sachin Tendulkar was hitting monstrous sixes. Also, did my brother also say that only Sachin could hit sixes so big (or did the young, innocent me just imagined that as well) and I may have started to think he was special, doubt that he was the Cricketing Superman from Krypton and believe that he was the supremely powerful God of Cricket. (Relax Somyanshu, relax! He is retired now)

Anyway, my mother (did she say it in an exasperated manner or was calm? Most likely calm, but it does not matter) asked my brother to put whatever he wanted to. And for some time after that, my brother and I kept searching for the ball in different corners of the curved glass of the TV. Did we also hit the TV on the top or adjusted the antenna on the terrace (with a wooden scale to boot because as our cousin said it would help us not get a shock)? No, we did not. And even if we did, what matters is that on that very day, the obsession with cricket began.

And that over-the-top dramatization of a (may be not so) vivid memory brings us to today. For life has changed a lot over the years. New friends have been made (even as many have moved on), careers have been begun, formal education has been completed (at least for some), cities have changed, the world has been travelled a bit and the sun has rose (and set) for around 20 years. But one thing has remained constant: the author’s undying, unblemished love for cricket. And it is on the 20th anniversary of the beginning of this fandom journey, that the World Cup is back to the English and Welsh shores (fun fact, the full form of ECB is England and Wales Cricket board). And with athleticism, use of data analytics and innovation in playing techniques at all-time highs in the sports, this might be one of the best advert the sports need (also the organizers have learnt from 1999 and released the theme song before England have been ousted). And it needs to be because cricket, for all its charms, has continued to run into trouble.

Longtime followers of the sports would know that interest in cricket might be at an all-time low in England, with decreasing participation numbers and largely (self-imposed) absence from the free-to-air channels (side note: something that I am somewhat thankful for because that was a strategy I commented on to crack a job interview). Elsewhere, former bulwarks like Sri Lanka have been obnoxious in ODIs since 2017. Pakistan has been limping from one defeat to another this year. Cricket is not an Olympic Sports yet, which is worrying considering becoming an Olympic Sports can help the smaller countries get more funding from their governments (also, it might help India’s medal tally at the Olympics surpass that of Michael Phelps). And many well-prepared teams like Ireland, Scotland, the Netherlands and Zimbabwe, are not allowed playing in the tournament. Oh wait, it was the ICC’s decision to make the tournament more competitive by making sure there are fewer mismatches. Oh wait, I just watched Pakistan vs. West Indies, New Zealand vs. Sri Lanka and Afghanistan vs. Australia. Lol!

But is not that exactly the kind of adversity that only a ‘Summer of Cricket’ (the World Cup is going to be followed by the Ashes, which would also be a harbinger of the long-awaited Test Championship) can overcome? Are not these the sorts of issues that a rampaging Host team should help overcome? Are not these the mix of problems that months of watching the drama unfold on the field, should help resolve? Maybe they would, and it is only in that long-term hope, that this young man in Mumbai would look to find balls again on his TV. So, here is it to a journey of more emotions and memories (which might not remain vivid in 20 years), that I say Oh Love, it’s time (which by the way form lyrics of a perfectly good song from Prateek Kuhad. Listen to it here).

Oh, wait. I just realized that I don’t own a TV anymore. Finding balls on the laptop it is. 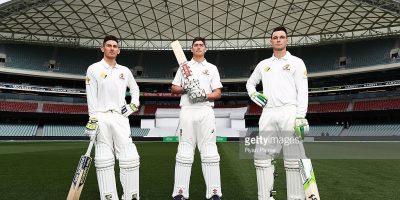