Once my one teacher told me that that to be succesful the only thing you need to have is SPIRIT.I did not buy his this theory at that time even tough he told me stories of some great cricketers.But after 2 months and 3 days or 64 days to put it I started to believe in his theory because i met a boy who had cleared iit jee with flying colours.I met him at a function that was organised by my teachers so that aspirants of iit can meet the iitians in flesh and bone.I asked him about the theory of my sir and he said my sir was hundred percent correct. i asked him why and he decided to tell me how he cleared iit.

The next day we met and he started
“Somyanshu I need to tell you one thing that my family members never expected me to clear iit jee because I never used to study until one day”
“what day” I asked
Then he began
one fine night at about 8p.m. there was a powercut in my society and the inverter was not charged as well. My elder brother had a exam in his college the next day and my mother told me not to disturb him.So i went out of the home and started studying in the street light as I am quiet only when I am studying.While studying I looked around and i noticed a girl on the terrace of a newly built house in my neighbourhood.She was probably from the new family that had shifted there.She was very beautiful.I could not see her clearly in the street light.At that moment I just could not look back into my book.
The next day i asked some of my friends about her.They told me she was preparing for iit jee as well,was in 11th class as I was,had an IQ of 150 and everybody expected her to get a rank in the top 500.I was shocked she was so good in studies and so good in looks as well.I wanted to ask her HOW? On that day i gave an IQ test on the internet.My IQ was a paltry 125,very much above average but not even close to her.
Then I started to seriously prepare forr iit jee 2008 with all the might I had,THE SPIRIT TO BE WITH HER IN AN IIT CLASS DRIVING ME ON AND ON.I never saw her again in the street light.And here I am now IIT JEE 2008 AIR 476.”
“What rank she got”I quized him
“She was actually a commerce student.My friend gave me the wrong information.Actually her twin sister is into science and has got an AIR 480”
“Wow.I mean to say she must be pretty as well”I said.
“No she is the ugliest girl I have ever seen in my life.I do not know what to be happy or sad.I worked hard to get this rank in iit jee and the one who I got it for is not a science student instead an ugly sister of the beaytiful girl i liked is going to be with me in the same class of iit delhi.”
“Okay so whats the moral of the story”
“That you should never trust your friends when it comes to girls”

That meeting left me astounded.I learnt two things that day:
1.Spirit is the only one thing you need to be successful and
2.never trust your friends in case of girls 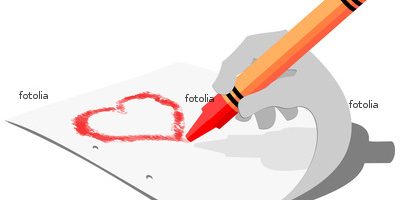